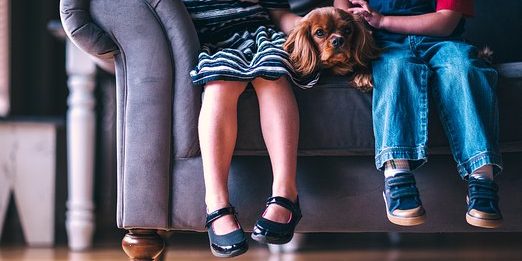 The Child Maintenance Service (CMS) is frequently criticised for allowing non-resident parents to pay a fraction of what they should for the benefit of their children.

According to research from the Department for Work and Pensions (DWP) more than half the funds received via Collect & Pay were only paid after enforcement action. The Government therefore launched its consultation on the introduction of stronger enforcement methods, the results of which have recently been published.

Before an application is made, the defaulting parent would have to complete a statement of income and expenditure and the CMS would gather evidence of ‘ wilful refusal and culpable neglect’ to pay. Once an application is made and a hearing listed, the paying parent would be required to bring their passport to court. If the application were granted, the court could make any order it saw fit, including one for the immediate cancellation of the passport.

Deductions from benefit will continue to be used only in cases where the paying parent has been assessed as liable to pay the ‘flat rate’ of £7 per week. The CMS proposed to extend deductions from Universal Credit to include cases where the paying parent’s household has earnings. Further proposals include an extension of deductions beyond the life of the maintenance liability in order to collect arrears.

The CMS can currently deduct ongoing maintenance and/or arrears from a paying parent’s bank or building society provided it is in their sole name. Deductions from jointly held accounts is likely to be implemented this year. The legal provisions enabling deduction orders against business accounts have not yet been started.

For claims submitted after 25th November 2013 a parent with care can apply for a variation if they believe the non-resident parent has additional income, including ‘unearned income’ of £2500 a year or more. The consultation included proposals for improvements in initial maintenance calculations for paying parents with complex income to include income from capital and foreign income. The paying parent’s primary residence, their children’s home, premises used for their business or jointly owned properties will not be taken into account. Regulations will specify what classes of asset will be included and there are plans to protect parents from having to sell an asset where this would cause them or their children hardship.

The consultation also suggested increasing the operational resources of the FIU to tackle parents who try to avoid disclosing all their income and to clamp down on those who are self-employed and can manipulate the figures.

We will have to see whether the proposed changes are implemented and if so, whether the new powers of enforcement will succeed in deterring non or under paying parents.

Of course, it is not always necessary to involve the CMS regarding child maintenance. Many parents do manage to agree between themselves an amount that the non-resident parent will pay to the other parent for the benefit of their children and thereby avoid the failings within the CMS.

If you have any queries regarding child maintenance or any matrimonial matter please feel free to give us a call on 01942 409154.