The Importance of a Financial Order on Divorce 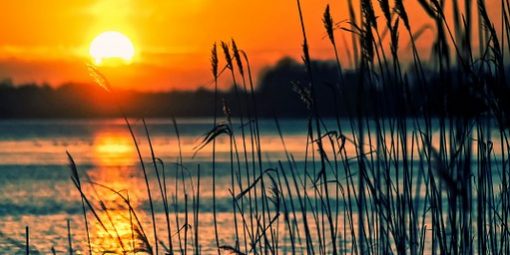 Many people considering a divorce do not appreciate that there is no automatic protection against future financial claims against them from their ex-husband or wife.

We, at RJT Solicitors always advise clients to consider their financial positions carefully. Even if they do not believe that they have anything of financial significance it is still very important to consider a Financial Order to protect them both from either party making any future claim against the other’s assets. We would encourage negotiation to lead to an agreement by consent and for a clean break where appropriate, so as to avoid the need to attend Court.

Spouses and former spouses have rights to make financial claims against each other by applying to the Court for orders for any or all of the following:-

These rights can only be brought to an end in 2 ways:-

The first and most usual way is by a Court order. Where one or both spouses do not wish to proceed with financial claims then, provided the Court agrees that such an order would be appropriate, an order can be made dismissing their financial claims.

The second way is where someone obtained a divorce and then re-marries. In such a case, unless that person has already applied for the orders for a lump sum or transfer of property which they are seeking either in the divorce petition or by way of a formal application before they re-marry, then they have lost the right to make those financial claims against their former spouse.

Should the spouses decide not to obtain a court order dealing with financial provision and in the event that they do not remarry, then the claims which each of them have against the other are simply left open. This situation is unsatisfactory in that it creates a degree of uncertainty because it leaves the possibility of one spouse making a claim against the other at any time in the future, so long as the spouse applying to the Court has not remarried.

A clean break effectively ends all financial ties between husband and wife as a result of the marriage both during their lives and upon death. It will effectively stop any claims now and in the future for any of the orders referred to above.

You can never have a clean break from your children.

What the Court considers

On divorce, the Court has to consider the assets of the couple and try to achieve a fair division between them. There are no rules setting out precisely how assets are to be divided.

The Court’s powers are set out in Section 25 of the Matrimonial Causes Act 1973. In exercising these powers, the Court considers all the circumstances of the case, giving first consideration to the welfare of any children of the family under the age of 18. The Court will then have regard to the following matters:-

In the past few years there have been some major changes to the Court’s approach, particularly in cases involving large sums of money. Following the landmark case of White-v-White, the Court has to consider an equal division of assets built up during the marriage, unless the marriage was of short duration, or the assets are insufficient to satisfy capital needs, in particular rehousing. However, often a deciding factor is the reasonable needs, especially housing needs, of the parties which often overrides any possibility of an equal division of assets.

The principles to be applied to the division of assets was considered again in the case of Miller-v-Miller and McFarlane-v-McFarlane. New guidance was based on 3 principles:- (1) satisfying needs; (2) compensation for economic disadvantage (3) sharing the fruits of the marriage. Case law is however, constantly evolving.

The aim of the Courts is to achieve fairness and the Court has a wide discretion to decide what is fair.

If the couple can agree a financial settlement, then this agreement can be incorporated into a Court order. The order will have to be signed by both parties and an information form also needs to be completed and signed by both parties providing a summary of the couple’s financial situation. The signed paperwork is then submitted to the Court for the Judge’s approval. There is a court fee payable to the Court currently £50. Providing the Judge is happy with the order he/she will approve it and a sealed order is sent to both parties. This represents a legally binding order. If the Judge is not satisfied with the agreement, he/she may request that both parties attend Court for a short hearing.

If an agreement is not reached, either party may make a formal application to the Court for a financial remedy in Form A. There is an issue fee, currently £255.  When the court receives the application, it will fix a First Appointment for 12-16 weeks.

The financial remedy procedure is front loaded. A lot of the work has to be undertaken at the start of the process. There is a strict timetable to follow. At least 35 days before the date of the First Appointment, both parties must file a Form E giving detailed information about their financial circumstances.

The aim of the First Appointment is to identify the relevant issues in dispute.

The next hearing is referred to as a FDR, the purpose of which is to see if it is possible to come to an overall financial settlement. If it is then the Judge will make a final order and that will be the end of the case. However, if the matter cannot be settled at that stage then the case is listed for a final hearing when the Judge will make a final decision based on the matters referred to above.

We at RJT Solicitors provide ourselves on our ability to listen to the concerns of our clients and to treat each financial settlement claim on its own merits.

As members of Resolution we will always endeavour to conduct divorce negotiations in as amicable, constructive and conciliatory manner as possible but, should the need arise, we are always ready to take robust action to protect our client’s interests and those of any dependents.

If you wish to find out more about securing a financial order upon divorce give us a call on 01257 228027 . We offer a 30 minute free consultation.