Inheritance Tax; should it be scrapped? 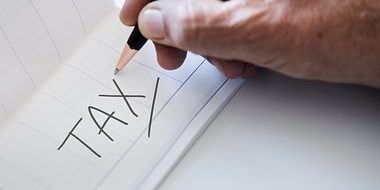 Is it time for an overhaul of the inheritance tax system?

Inheritance tax should be scrapped and replaced by a fairer tax said the think tank Resolution Foundation.

In its latest report into how to tackle unfairness between the generations, the think tank, chaired by former Conservative minister David Willetts, says inheritance tax is by far the most unpopular tax.

Inheritance tax is currently paid by ‘the estate’ of the person who has died. You do not pay it when you die and you generally do not pay it if you inherit money or property either. Instead, those who are responsible for sorting out your financial affairs after you have died pay inheritance tax to HM Revenue and Customs.

The estate does not pay inheritance tax if the money and property left by the deceased, once any debts have been cleared, adds up to less than the inheritance tax threshold, otherwise known as the nil rate band, which in the year 2018-2019 is £325,000.

Your estate does not pay inheritance tax if you leave everything to your husband, wife or civil partner, a charity or a community amateur sports club after you die.

If you give away your home to your children or grandchildren your inheritance tax threshold will increase to £450,000.

If you are married or in a civil partnership and your estate is worth less than your inheritance tax threshold, any used threshold can be added to your partner’s threshold when you die. This means their threshold can be as much as £850,000.

The standard inheritance tax is 40%. It is only charged on the part of your estate that is above the threshold.

According to Resolution Foundation the problem with inheritance tax is :-

In its report, Resolution Foundation suggested that instead of an allowance for the person who has died, people should be given a lifetime inheritance receipts allowance. This would mean that you would be able to receive a certain amount throughout your life, tax free and would be taxed on anything you receive over and above that.  The proposals include a lifetime receipts allowance of £125,000. Anything you receive above £125,000 would be taxed at 20% up to £500,000 and 30% after that.