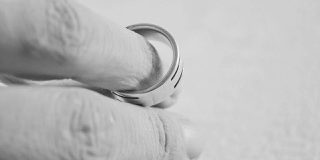 Married at first sight UK has become a reality TV sensation with viewers across the UK tuning in to watch couples tie the knot with complete strangers for a daring television experiment. As this series draws to a conclusion we consider the real life question of what can you do if you realise shortly after the wedding that you no longer wish to be married. Is it possible to have the marriage annulled and if so, on what basis?

A marriage can be annulled if it is deemed void or voidable under the Matrimonial Causes Act 1973. A void marriage is one that has never existed and the decree is simply declaratory, whereas a voidable marriage will be treated as being in existence until the decree of annulment is pronounced.

There are 3 grounds for finding a marriage void:-

That the marriage is not a valid marriage under the provisions of the Marriage Acts 1949 to 1986 where the parties are within the prohibited degree of relationship I.e family relationships that are too close for marriage e.g mother and son; either party is under 16 or the parties have intermarried having ignored certain requirements as to the formation of marriage
That at the time of the marriage either party was already lawfully married
In the case of a polygamous marriage entered into outside England and Wales, that either party was at the time of the marriage domiciled in England and Wales

There are 8 grounds for establishing that a marriage is voidable :-

A respondent may successfully challenge the making of a decree of annulment if he/she can satisfy the court that the petitioner, knowing that the marriage could be deemed void , led the respondent to believe he/she would not seek to end the marriage or that it would be unjust to the respondent to grant the decree. A decree can also be refused on the grounds of lack of consent, mental unfitness , venereal disease, pregnancy by another, or acquired gender if 3 years have passed from the date of the marriage.

Unlike divorce, where couples must be married for at least one year before they can start divorce proceedings there is no minimum time limit for commencing proceedings for annulment.